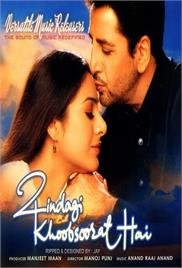 Murad Hussein and Gul Baloch have been enemies for years. Murad would like to propose a truce so that the two families become friends again, and for this occasion he has chosen to marry his brother to Gul’s sister. The wedding is arranged and Gul and his family are accordingly invited. Gul does attend the wedding, bless the couple, and when night came, he and his accomplices brutally kill every male in the household, including his very own brother-in-law. Gul’s sister loses her sanity, and is taken back home, where he lives with his daughter, Jameela. Gul’s sister gives birth to a baby boy, Yusuf Zayed. Years later, Jameela has grown up, albeit disabled with a thinking of a one year old in the body of a nine year old. She is fascinated by aspiring Bollywood singer, Amar, and Gul abducts him and makes him Jameela’s companion. In the meantime, Yusuf finds out that his mother has been feigning mental illness, and is able to recollect everything that happened on her wedding night. She asks Yusuf to kill Gul and Jameela, to which Yusuf agrees. The question remains, will Yusuf be able to kill his very own maternal uncle, and cousin, with the same cold-bloodlessness as Gul had displayed several years ago, or will employ some other means?