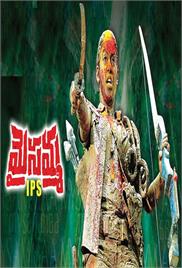 Police woman Mysamma’s greatest concern is taking down men who have abused women. Her strong desire for justice steams from her own rough childhood. Orphaned from a young age, Mysamma was raised by her elder sister, Durga. But her heart was broken when Durga married power-hungry rowdy, Sadhu –a man who takes advantage of underage girls and is willing to prostitute his own wife to gain political power. Now, the cunning and seductive Mysamma is ready to wreak vengeance on all the men who destroyed her sister’s life…