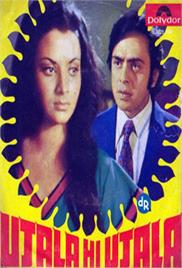 Anuradha lost her mother at a very young age, and her father re-married a much younger woman named Anita, who wanted Anuradha out of their lives, and forced her to drink alcohol at a very young age. By the time Anuradha was an adult she was addicted to alcohol. After the passing of her dad, she is left to run a huge estate and business single-handedly – with the assistance of her close friend, Ajit and uncle, Jamunaprasad. One day Jamunaprasad recommends Vikram for employment with her organization, she does hire him, but dislikes him a lot. When Vikram comes to her rescue, the dislike turns into love, both want to get married, and she even gives up drinking. On the day of the engagement, Ajit cautions her against Vikram and shows her some incriminating photographs of Vikram and a woman named Gita. Angered at this betrayal, she immediately cancels her engagement and decides not to have to do anything with Vikram anymore. She takes to drinking alcohol again, and decides to marry Ajit. When Jamunaprasad wants to find out the reason, she accuses him of using Vikram to conspire against her and her wealth – as she will not let anyone come between her and Ajit anymore. What she does not know is that Ajit is already married; and is also having an affair with her step-mother. Will she find out about this, before it gets too late?