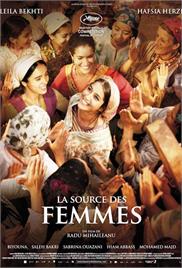 In a remote and primitive patriarchal village between the North of Africa and the Middle East, the land has dried and the women traditionally bring water from a distant fountain to their houses while the idle husbands drink tea in the bar. The educated Leïla, who is the wife of the local teacher Sami, begins a sex strike movement among the women, supported by the elder Vieux Fusil (meaning old flintlock), to force the men to bring water to the village. They must face the strong reaction of the brutal men.