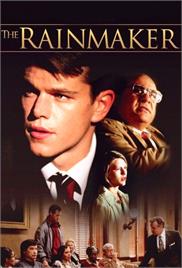 Rudy Baylor is a jobless young attorney. However, he is also the only hope of an elderly couple whose insurance company will not pay for an operation that could save their son’s life. In this judicial drama, Rudy learns to hate corporate America as he falls in love with a battered young married woman. Will he be up to the task?