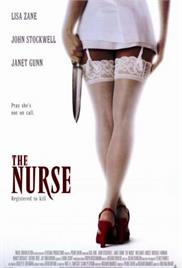 When her father kills himself and his family after being named in an embezzlement scandal, nurse Laura Harriman vows revenge on the man responsible. She soon gets her chance when his accuser suffers a stroke that leaves him paralyzed and mute – the perfect victim. After becoming his private nurse, the “angel of death” sets out on a psychotic killing spree that will complete her descent into madness and destroy an innocent family…one by one.