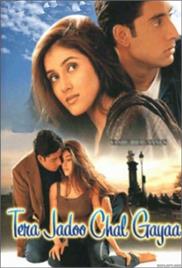 On a visit to scenic Agra, Pooja meets with a reknown artist, Kabir. Kabir is instantly attracted to Pooja, and thinks that Pooja is also attracted to him. But Pooja is only attracted by his talent. On her return, she meets with her boss Mr. Oberoi and his son, Raj Oberoi, and she instantly falls in love with Raj. Mr. Oberoi is unhappy with Pooja coming in late to work frequently, and wants to terminate her employment. A fellow employee, Maggi comes to rescue of Pooja, and tells Mr. Oberoi that Pooja has been engaged to Kabir, and shows some photographs that were taken during Pooja’s visit to Agra. Pooja reluctantly goes along with this charade in order to keep her job. Kabir is encouraged to know that Pooja has announced her engagement with him. How is she going to convince Mr. Oberoi and Raj that she really loves his son, Raj?