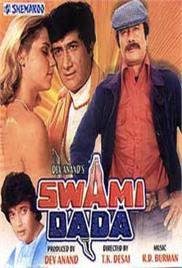 Hari Mohan is a saintly person who organizes Hindu prayers and discourses in a warm and welcoming atmosphere. He is called “Swami Dada” by everyone. He has many followers, and devotees who throng in large numbers to hear his sermons. What they do not know that Hari Mohan is a professional thief, and is now conspiring with a young woman, and a group of orphaned children to steal the temple jewellery.