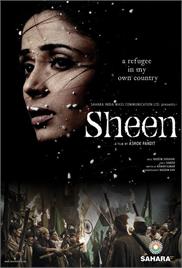 One would tend to think that the Indian Government had learned it’s lesson as to treating it’s very citizens with the dignity they deserve, instead of casting them as refugees as they did to the people who had to flee from Pakistan in 1947-48. In January, 1990, the Kashmiri Pandits too were subject to the same indignity, not only at the hands of their own government, the mujahaideen extremists, their friends, and neigbors, but were also cast as “refugees” in their own country. This story revolves around resilient Pandit Amarnath who is the only Pandit who is refusing to leave Srinagar. He is compelled to do, after Muslim Jihaadis brutally kill his son, just a day after a U.S.-based “Human Rights” group concluded that there was no violence, and peace prevails in the Kashmir Valley, which is being over-run by Muslim extremists, who receive their “training” in Pakistan. Amarnath realizes that he has an uphill task for having his issues resolved with his very own Government, as well as the intenational community, that raises a hue and cry over the death of a 2 or 3 Americans, but puts up a wall of red tape and bureacracy when it comes to the death of citizens of another country.