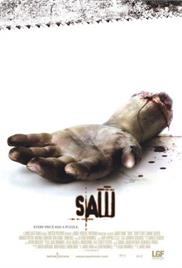 After waking up in a tiny cell, two men find themselves victim of a serial killer who plays games with his victims and gives them one last chance to survive. If they wish to live, they each have to play their own game as the killer has told them on an audio script. As the film goes on, connections between the victims and the true identity of the never-showed-up killer are revealed.