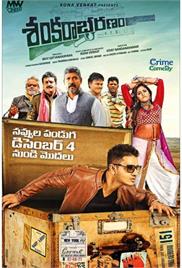 Sankarabharanam is a remake of the Hindi sleeper hit – Phas Gaye Re Obama. The film tells the story of an NRI from America who is on the verge of bankruptcy. He finds out that he owns a palace in India and travels there to try and sell it. However, on his arrival, he gets kidnapped and then keeps getting passed on from one gang to another for higher sums of ransom. Here starts a crazy ride of that leaves everyone involved in it completely befuddled.