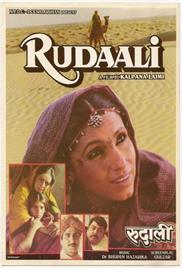 In a small village in Rajasthan, India, a woman named Shanichari was born – so named, as shortly after her birth her father died; & her mother, Peewli, ran away with a rich lover, the owner of a drama company, abandoning her. When Shanichari grew up she was married to a male named Ganju who lived with his ailing mother. Shanichari gave birth to a boy and named him Budhwa. The local Landlord, Ram Avtar’s son, Lakhsman Singh, would like Shanichari to live with him as his mistress, but she must first abandon her husband and son, which she is unable to do. Her ailing mother-in-law passes away – Shanicharni is unable to weep; Years later, Ganju gets killed after consuming holy water from a temple – Shanichari is unable to weep; When Budhwa get’s married to a local prostitute, Mungri, who becomes pregnant, and then subsequently aborts the child – Shanichari is unable to weep; When Budhwa runs away from home, never to be seen again – Shanichari is unable to weep. Then a woman named Bhikni enters her life – she is called Rudaali – one who accepts money in turn for loud laments, weeping, & beating of the chest when a rich man passes away for a small fee, some milk, oil, and flour. Bhikni would like Shanichari to also be a Rudaali, but Shanichari eyes are always dry. When Bhikni is called for a day in another town, it is then Shanichari receives word that Ram Avtar is no more and she is called to be a Rudaali. Knowing fully well that she cannot shed tears, Shanichari does attend the funeral – and it is here that she will receive the news that may bring real tears to her eyes.