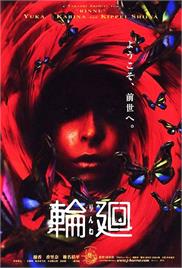 Nagisa Sugiura (Yuka) is a young Japanese actress who comes face to face with a slew of ghosts. These restless spirits begin to appear when she signs on to star in a horror film which tells the true story about a crazed, local professor whose murderous rampage at a hotel left 11 guests dead, including his young son and daughter. The movie is being filmed at the very site where the killings took place.