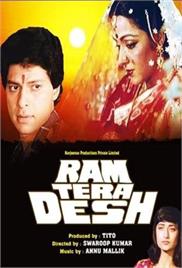 Ramdas, his wife, Savitri, son, Prakash, and daughter, Sunita, live a lower middle-class existence in Bombay. They would like to get Sunita get married, and soon receive a proposal through Champabai for her to be married to Prem Kumar Saxena. They find the proposal suitable and Sunita gets married to Prem, and moves into his house. Prem lives with his possessive mother, Kantadevi; his elder crippled brother, Surender; and a younger unmarried brother, Bittoo, who is having an affair with their maid-servant, Lily D’Souza. Sunita finds out that she has virtually no respect, is ill-treated, belittled, and slapped around, just because Ramdas was unable to pay the entire dowry sum. Her brother attempts to help, and attempts to secure some money to appease Sunita’s mother-in-law, Kanta, but not only is he unsuccessful, but also gets killed in the process. Lily confides in Sunita that Kanta is quite capable of feeding her poison and killing her, as she had done to Prem’s first wife. Now Sunita is at the mercy of the Saxena family, and the only way she can get rid of her problems is by killing herself.