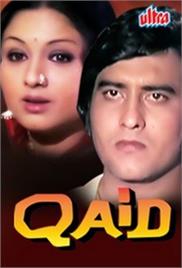 Advocate Jai Saxena lives in a small flat with his mom. One day his mom hires a maidservant named Imarsi, but later they find out that she is an impostor, and fire her. A few days later she comes knocking on their door in the dead of night, claiming that she is the sole heiress of Rai Bahadur Tulsinath’s estate, and that someone is out to kill her. Jai wants to believe her, but his mother disbelieves her and wants her out of their lives, as she feels that this is nothing but another trick on her part to fool them. When the police are notified, the Saxenas are told that this woman’s real name is Ragini, a homicidal killer, wanted by the police. Will Jai be convinced that he was offering to shelter a fugitive from the law?