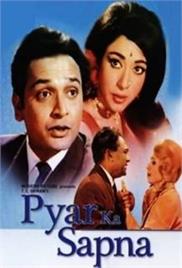 Ramesh marries an illiterate village girl, Sudha at the behest of his parents so that he can go abroad to Great Britain for furthering his studies. In short, he does not love her nor ever want to see her again. Sudha is heartbroken and devastated and tries to kill herself. Shankernath rescues her from an accident with his car, and brings her to his house. There he learns her tragic story. He coaches her etiquette, and also teaches her English, so that she can go abroad and try to win her husband back. Shankernath’s plan pays off, and shortly after in Britain, Sudha does win the heart of her husband. Shankernath’s scheme undergoes a change in plan, when Shankernath finds out that his very daughter, Jenny is in love with Ramesh.