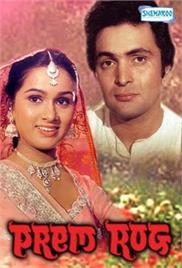 Orphaned at a very young age and adopted by his uncle, a Poojari, and aunt, Premvati, Devdhar lives a poor lifestyle with them and their daughter, Radha. Poojari works for Bade Thakur and his family and prepares astrological charts and organizes prayers, and asks him for financial assistance so that Devdhar can go to Bombay and study, which is approved. Years later Devdhar has matured, returns home so that Radha could get married. He meets with and falls in love with Bade Thakur’s paternal niece, Manorama, his childhood friend. She likes him too, but is very naive about love and intimacy. Radha gets married to a much older man and moves out, while Manorama’s marriage is arranged with Kunwar Narendra Pratap Singh. The wedding takes place with great pomp and ceremony, and a heartbroken Devdhar leaves the village to return to Bombay. A few months later he meets with Radha, who is now pregnant, and also decides to visit his uncle and aunt. This is where he will get the shock of his life when he finds out that Narendra is no more, and Manorama is forced to live the life of a Hindu widow i.e. – one simple meal a day, no footwear, simple white garb, and is regarded as a ill-omen by the rest of the villagers. What Devdhar does not know is that Manorama also carries a dark secret – which if revealed will bring death and bloodshed to this small region.