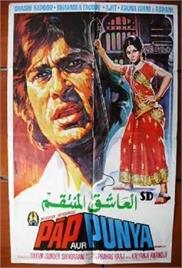 Fair-minded Raja Gajraj Singh is overthrown in a coup by his brother, Balbir Singh. Both Gajraj’s and Balbir’s wives are pregnant, and give birth to twin sons, and a son respectively. Balbir orders that Gajraj’s son be killed. Then he arranges for Gajraj and his wife’s accidental death by a motor vehicle. Years go by, most people have forgotten Raja Gajraj, and Balbir is the sole acclaimed ruler with his fair-minded and soft-spoken son, Ganga Singh, who is all set to succeed the throne from his dad. Then Ganga meets a young woman named Jugni from a poor family and falls in love with her, she too falls in love with him, and both want to get married. But Balbir will not have anything to do with her, as he would like Ganga to marry rich and wealthy Mala. Chaos and anarchy suddenly descent upon the palace, when Ganga undergoes a character change and becomes womanizing, alcoholic, and foul-mouthed, much to the chagrin of his dad. But the clouds do have a silver lining for Ganga is now willing to wed Mala. What was the reason behind the sudden change in Ganga? What will the poor heart-broken Jugni do now?