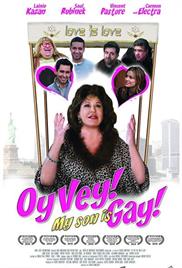 A romantic comedy featuring a Jewish family who struggles coming to terms with their son’s non-Jewish and gay boyfriend. When the gay couple adopts a child and it makes headline news, their families come to defend them and realize how much they love them.