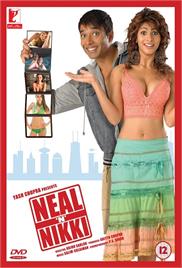 The film, as its name implies, centres on Gurneal “Neal” Ahluwalia and Nikkita “Nikki” Bakshi (Uday Chopra and Tanisha), two Canadians of Indian descent, born and raised in British Columbia. Before getting married Neal wants to spend one month on vacation in total freedom by meeting women, going to clubs, and sleeping with hot babes. On his way he meets Nikki. He begins to make-out with her then sleeps with her and along the way, they fall in love. When he comes back from his wild ride with Nikki, it’s time for his engagement. He’s getting engaged to Nikki’s cousin. But In The End , When Nikki is about to Confess her Love for Neal, It is Revealed That Nikki’s Cousin had exchanged vows on the internet with Her true Love. Then Nikki’s Cousin runs aways with her love with everyone chasing after her. Then Neal And Nikki Decides To get married & Kiss.