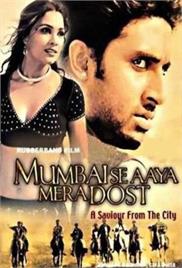 Dina Nath is honored by the Indian Government, which is televised live. While receiving the honors, Dina Nath informs the Government that his village is still without electricity, and he is promised that electricity will be provided in his village immediately. And electricity is provided in the village. Dina Nath’s son, Kanji, who is in Mumbai, hears of this and returns to the village along with a C-Band ten foot satellite dish and a super flat stereo television. When the satellite is set-up, the villagers are thrilled by the TV shows. This leads to the village priest complaining to Chotey Thakur Rudra Pratap Singh that the villagers are turning away from his temple and worship. Rudra is not concerned as he himself has a TV set in his home. But when the priest informs Rudra that his sister, Kesar and Kanji are in love, Rudra makes a threat to destroy Kanaji and all of the village in the presence of a TV crew filming the whole drama – live worldwide.