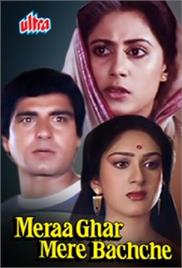 Kanpur-based, pregnant Geeta Bhargav lives a wealthy lifestyle with her husband, Balwant, and three children: Shrikant, Arun and Usha. Her alcoholic and womanizing husband is arrested for killing a bodyguard of a Courtesan and is sentenced to 20 years in prison. She is then accused of luring men into her house and is asked to move on. Homeless, on the verge of starvation, she is unable to feed her family, and Usha passes away. She decides to become a widow, gets shelter, a job, and has Shrikant enrolled in a hostel. Then her luck changes when she is adopted by wealthy J.S. Archarya, and gives birth to Kirti. She explains her situation to Archarya, who wills her his entire estate and subsequently passes away. Years later, Geeta will face more challenges when she will be accused by Archarya’s associates of having an affair with an unknown male, and also be forced to deal with Arun, who is involved with the daughter of a prostitute.