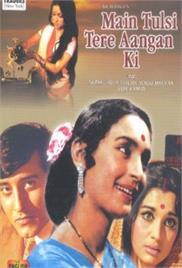 Thakur Rajnath Singh Chouhan opens a can of worms when he announces that he is going to marry a prostitute by the name of Tulsi. His mother will not even consider Tulsi as a daughter-in-law, and would prefer that he marry Sanjukta. Tulsi convinces him that he should marry the woman of his mother’s choice, which he eventually does. Thereafter Tulsi gives birth to a baby boy, Ajay, and passes away. Sanjukta raises Ajay as her own child, even after the passing away of Rajnath, and even after giving birth to Pratap. Ajay is given the entire responsibility of the estate, while Pratap squanders money on courtesans and alcohol. Sanjukta trusts Ajay, until one day when a villager complains to her that Ajay has got his daughter, Geeta, pregnant; additionally she also finds out that Ajay has been misappropriating money, and also owes money to a prostitute named Leelabai, the very woman who sold Tulsi to Rajnath. Now Sanjukta has to decide what is to be done with Ajay.