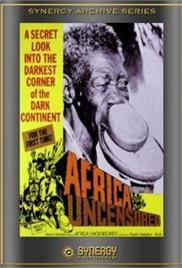 This film is about tribes in Africa and South America who turn toward magic as a means of survival and way of life. The Mundari tribe in Africa herd cattle but do not slaughter them for meat. They make use of the cattle urine as an insect repellent and shower underneath their cows. They also use the dung as a body covering to further thwart insects and pest. The cattle are so prized to the Mundari that they are treated as a member of the family and a number of Mundari are shown puffing into the cattle’s vagina to encourage an early birth. A hunt is then shown where the Mundari are able to bring down mighty Elephants and Giraffes with ease. Yet unlike sport hunters they hunt merely for survival and pay respect to the beast before eating them. The Dinka tribe is another group who praise their cattle but they bleed the cows and mix it in their milk to help sustain tribes during periods of hunger. They also migrate to different areas along the Nile as to not over consume their pastures. …