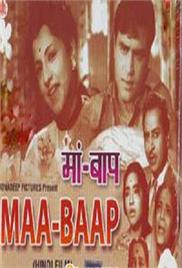 Sohan and Raju are two brothers. Raju works for a tea garden in Ooty and Sohan works for a textile mill and stays with his blind father, mother, wife Sarju, younger sister Pratima and son Kundan in Mumbai. Sohan & Sarju do not take well care so Raju leaves their house with his parents and Pratima. Barkha, housemaid of Rai Bahadur Badrinath, helps Raju find an accommodation and job in mill. Badrinath’s daughter Sarita falls in love with Raju. Raju is reluctant but finally falls for her. Badrinath arranges Sarita’s marriage with Premnath, brother in law of Sohan but Sarita finds out that he is already married with Kamla. She ropes in Kamla to marry Premnath and reveals the truth during the marriage rituals. Badrinath decides for Raju to marry Sarita. But Raju is competing in a boxing bout to win Rs.2000 for his father’s eye operation. Raju win’s the bout and reward money. Angry for disrupting her brother’s marriage, Sarju sends Kundan with an acid bottle to throw it on Raju but Sohan saves Raju and loses his eyes. The incident unites the entire family again.