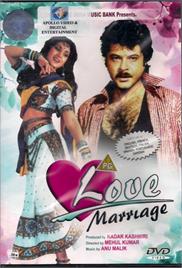 Rajesh Mehra lives a wealthy lifestyle with his mom, Sarita, and dad. His dad finalizes his marriage with Malti, who is the daughter of equally wealthy, Jagdish Kapoor. When Rajesh is told, he refuses to marry Malti as she is mentally unstable, an argument ensues, and Rajesh angrily leaves. He befriends a poultry farmer, Majid Kaliya, and lives rent-free in a room in his house. Rajesh takes to singing in a nightclub, meets with wealthy Ritu Mafatlal and both fall in love with each other. Mafatlal wants a rich groom for Ritu, and refuses to permit them to marry, so both elope, get married, and Malti moves in with Rajesh in Majid’s room. This does not auger well with Majid’s wife, Shabnam, who refuses to permit both to sleep together. Understanding their frustration, Majid gives them two passes to Mysore where they can spend time with each other – the only problem is that the passes are in the names of Kaushal and his sister Kamini Tiwari. Watch what happens when the duo end up at the Srivastav household, run by the Hitler-like Jailor, who had been fired from his job for letting Veeru and Jai (of Sholay) escape from his penitentiary, and are wooed by Murari and Leela Srivastav. Chaos ensues when Kaushal and Kamini decide to make a run with the jailer, and an odd assortment of characters – ranging from goons to black marketeers, giving chase to the hapless honeymooning couple