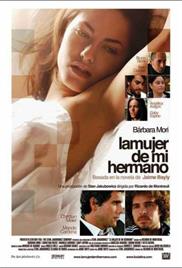 Even though Zoe/Sonia has been married to Ignacio/Ishan for about a decade, they are unable to have children. She wants to be intimate but he prefers to be ready for intimacy on Saturdays only, and she gets physically drawn to his artistic brother, Gonzalo/Rohan. Then things get complicated for her after she tests positive for motherhood and finds that her husband may be gay.