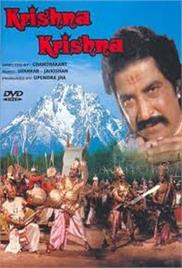 Before the epic battle of good versus evil, Mahabharat, as chronicled in the Holy Geeta, Bhagwan Shri Kishan slew his evil maternal uncle Kans during his childhood; studied in a Brahmin school, befriended a poor Brahmin by the name of Sudama. And because Sudama ate all the food while they were gathering firewood one day, Devi Yashoda cursed Sudama to live in abject poverty for the rest of his life; Years later, Bhagwan Shri Kishan went on to woo Princess Rukmini and eloped with her; He also subsequently married seven other women (Satyabama, Kalindi, Jamvanti, & c); ruled Dwarka along with his brother Balram; Fought epic battles with demons who tormented Sadhus, Rishis and Saints; the origin of Pondrik Krishna Vasudev, who called himself the reincarnation of Lord Vishnu, the real Lord Kishan, and ultimately challenged Bhagwan Shri Kishan to a battle; Satyabama’s donation of Bhagwan Shri Kishan to Bhagwan Shri Narad, who made him a slave and live in celibacy until the queens decided to weigh Bhagwan Shri Kishan in gold and donate that to Bhagwan Narad. And finally, a poverty-stricken Sudama, destitute, on the verge of starvation, – who had lost two children in a fire, and two others who may die due to starvation – visits Dwarka – thus putting the ultimate test on their childhood friendship, leaving his wife, Sushila, behind alone to be a possible prey of Pondrik Krishna Vasudev’s disciple, Prachandev.