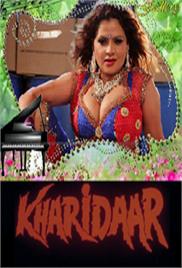 Mrs. Purohit has been widowed now for several years. She has lost the use of her legs, is bed-ridden and not expected to live long, though she would like to live long enough to marry her daughter, Renu and her son, Raj. She is aware that Raj has fallen into bad company, has taken to drinking and womanizing. She is also aware that Rena is obsessed with being an actress. She decides to lay down the rules for Raj, who she wants to get married to immediately. Then one day Raj introduces a young woman named Myna to her, who she approves of and both get married. Myna looks after her mom-in-law, whose health starts to improve so much so that she begins to walk around. What Mrs. Purohit does not know is that Myna is a prostitute, hired by Raj, to play the role of his wife until his mom passes away, leaving the entire estate to him; neither does she know that Renu is lured to become a prostitute herself by a half-brother of Myna. It looks like Raj has succeeded in creating an early death for his mom, who may not survive this dual shock of her daughter and daughter-in-law being prostitutes.