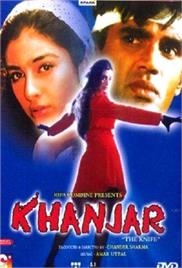 Kumar is a businessman and lives in Simla with his pregnant wife, Laxmi, two sons, Raja and Ajay. Both Laxmi and he are delighted that they will soon be welcoming Komal, a daughter. Before her birth, Kumar comes to know that Ajay and the child she is carrying in her womb are not his, but of his employee, Sadashiv, who has killed himself and left a note implicating Laxmi. Kumar takes Raja with him and asks Laxmi to take Ajay and leave. Ajay and Laxmi re-locate to Bombay where Laxmi gives birth to Komal. Years later, Ajay has grown up and gets a job in Simla as a dancer/singer. Laxmi initially refuses to let him return to Simla, but subsequently permits him to do so. Ajay does not know that he will be swept into a web of lies, deceit, and murder where a killer is killing local people on the 13th of every month. Watch what happens when the Ajay is joined by his mother and sister, and the past is all set to open it’s ugly head, and lead to even more bloodshed