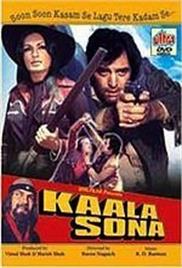 Multi-millionaire businessman, Rakesh gets word from his servant, Ramdas that his father has been killed several years ago by a bandit named Poppy Singh and that Poppy Singh is still alive but is declared dead by the local police. Rakesh then swears to avenge his dad’s death and this become the motive of his life; in order to locate Poppy’s hide-out Rakesh travels to a mountainous region. He takes lodging in a house belonging to Thakur Ranjit Singh only to fall in love with his daughter, Durga; meanwhile Rakesh befriend an enemy of Poppy whose name is Shera. Through Shera Rakesh is able to locate Poppy’s hide-out which is in an old mountain cave. Unfortunately before he could take action on Poppy Singh Shera is abducted by Poppy’s men. Ironically Poppy’s business has developed into cocaine over the years whereby Shera and all Poppy’s hostages are forced to work as slaves. In order to rescue Shera and to avenge the death of his dad at an appropriate time Rakesh is forced to work for Poppy Singh by gaining his trust and by enlisting himself as a member of the gang.