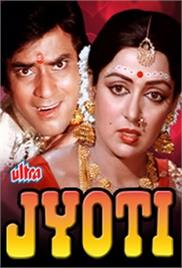 Niranjan Pratap Singh is the stepson of Zamindar and real son of Ranimaa Sunanda. He is also the sole heir to the property of the Zamindar, as his elder stepbrother, Govind is drug-induced to the point of senility. When Gauri opposes Niranjan’s ruthlessness against fellow-villagers, the Zaminder, angered by her intrusion, complains to her dad, Vedji. The Zaminder’s anger is subdued when he actually speaks to Gauri, and ends up admiring her and asking her hand in marriage for his son, Niranjan. But Sunanda will not hear of her son marrying a poor villager’s daughter, and she convinces him that Gauri should get married to Govind. Although her father is opposed to his daughter marrying a senile man, Gauri accepts Govind, and marries him. She finds out that she and Govind have no status in the household, which is run on the whims and fancies of Sunanda, her maid, Chintamani, and Niranjan. Niranjan is misguided by a dancer, Mallika and Amirchand who are after his wealth. Gauri must now decide to have her own life or be chained to a senile half-child half-man.