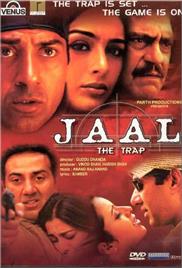 Major Amrish Kaul resides in Kashmir, India with his family consisting of his wife, Sudha, a daughter and his unemployed son, Ajay. Ajay meets with an accident on 2 occasions as a result of the carelessness of Neha Pandit; a school teacher; Ajay then takes a liking to her and arranges their meeting at a near-by restaurant. They both gets acquainted with each other with Ajay getting to find out that Neha is a widow but eventually Neha reciprocates Ajay’s love as they began to plan their wedding but Neha’s father in law, R.K. Sharma is against this relationship and refuses to permit the couple from marrying but eventually they does convince him. A few days later Neha is abducted by a group of terrorists and Jihads headed by the notorious Juded Afghani who is on a mission to free their leader, Naved Rabhani. Ajay is to kidnap the only spoiled daughter, Anita of India’s Home Minister, Bhagwat Saxena who is under strict security in New Zeeland under his father’s captivity in exchange for the safe return of his girlfriend, Neha. He does manage to successfully carry out this task only to learn that he is a pawn in the hands of terrorists with Neha herself in league with the Jihads.