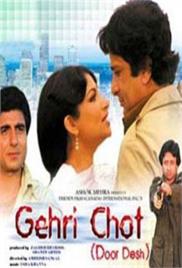 Raju is a second-generation American-Indian who lives with his mother, Shobha, and resents his father for having an illicit affair with a married East Indian woman, Rita, as well as his secretary, Nancy, which led to Shobha separating from him and leaving her daughter with him in Toronto, Canada, while Raju re-located with her. Years pass by, Raju has matured, and then one day his mother tells him that a Canadian’s friend’s daughter has been kidnapped by the Ontario Kidnappers. Both mother and son travel to Toronto in order to assist the single father. Raju enlists the help of Renu, a gangster, who locates the kidnappers, who are not involved with the Ontario Kidnappers, but ends up betraying him. Things get complicated and out of hand when the real Ontario Kidnappers decide to get involved, kill the kidnappers, abduct the daughter and hold her for a higher ransom, and Raju finds out that his mother is having an affair with the kidnapped girl’s father.