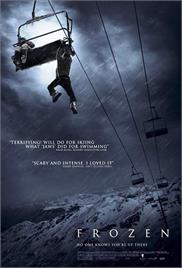 At Mount Holliston, snowboarders Dan Walker, his girlfriend Parker O’Neil and his best friend Joe Lynch don’t have enough money to buy lift tickets. Parker bribes Jason, a lift-worker, with one hundred dollars. When the system is nearing closure, they force Jason to let them have one last pass. However, Jason needs to resolve a problem and his colleague misunderstands his instructions and stops the lift. The trio of skier and snowboarders gets stranded on the chairlift near the top of the mountain. When they see that the lights of the ski resort had been turned off, they need to make a choice: leave the chairlift or freeze to death.