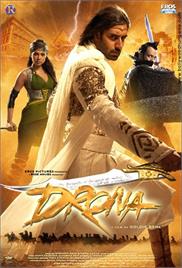 Orphaned, lonely and neglected Aditya grows up in Great Britain, living with his abusive aunt and cousin, Rajesh, and the abuse grows worse after the passing of his uncle. Aditya will soon find out that he is not alone in this world – he has a mother, Rani Jayati; a sweetheart in Sonia; he is watched by angels; and he also has a virtually indestructible arch-enemy – Riz Raizada, who had killed his father, the legendary Drona, to secure the secret of the Amrit Manthan – and is now all set to kill the Rani as well as Aditya himself.