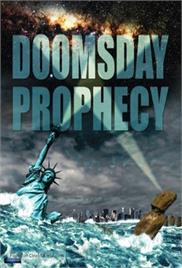 A book editor is in the posession of an artifact that gives him visions. He lets on that he has another book written ready for publishing and asks for a proof reader (by name) to come and collect it. When the proof reader arrives, he finds the book editor dead and upon touching the artifact, has visions himself about the ending of the world. The entire plot is based on the 2012 galactic allignment end of world scenario, and the lead character teams up with an attractive archeologist and together they run from rogue government agents who also want the artifact, whilst narrowly avoiding death both from being shot and by falling into the earth during massive earthquakes. Mean while the rest of the world is befalling massive destruction. with only hours to spare, the duo must somehow save the day.