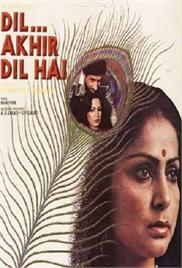 Pune-based 29-year old Kusam Desai is not only rejected by several prospective grooms’ parents for being too old but also faces the trauma of being stood-up by Bishan on her wedding night. Her dad’s widowed friend, Ashok Mehta, comes to her rescue by asking his law-student son, Vimal, to marry her, which he does. Kusum re-locates to Bombay but finds that Vimal respects like a mother and refuses any intimacy. After their respective fathers pass away, she finds out that he, now a qualified lawyer, is in love with Sapna, and must find suitable provisions in the Hindu Marriage Act 1955 to try and get an expedited divorce in a country that is vehemently opposed to granting divorces, as well as facing stigmatization from the community and opposition from her very own mother who will not permit her to obtain a divorce at any cost.