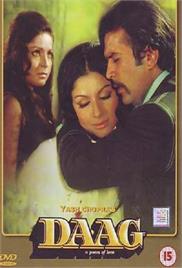 Sunil Kohli and Sonia are attracted to each other, and both get married. They go to spend their honeymoon, and on the way there spend a night at Sunil’s boss’ bunglow, which is occupied by his son, Dhiraj Kapoor. Dhiraj welcomes the two, and allows them to spend the night. Next morning, when Sunil leaves the house, Dhiraj attempts to molest Sonia and have sex with her. He is interrupted with Sunil’s return, a fight ensues, and Dhiraj is killed. The police arrest Sunil, and sentence him to prison for life. On the way to the prison, a fight breaks out amongst the prisoners, and the driver loses control of the van, a accident results, and all occupants are killed. Devastated at these turn of event, Sonia relocates and becomes a school-teacher, and lives as a widow. Years later, she finds out that Sunil is still alive, has got a new identity as Sudhir, is married to rich and attractive Chandni, and even has a child.