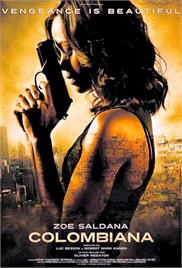 A young woman grows up to be a stone-cold assassin after witnessing her parents’ murder as a child in Bogota. She works for her uncle as a hitman by day, but her personal time is spent engaging in vigilante murders that she hopes will lead her to her ultimate target – the mobster responsible for her parents’ death.