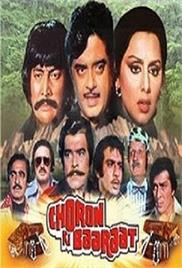 Anju lives a wealthy lifestyle with her widowed dad, Dhanraj, on a privately owned island. She studies in a hostel, plays on the football team, but is known for getting into fights with other girls, rather then taking part in this sport. She meets with a young man, Shekhar, and both fall in love with each other, so much so that she invites him to work on her dad’s island. Her dad employs Shekhar and hopes to get his daughter married to him. But before that could happen, six men men who had duped by Dhanraj several years ago, arrive on the island incognito, enlist the assistance of the island’s native people, led by Heera, who have been oppressed by Dhanraj and Captain Ashok, to recover their loot and kill Dhanraj and Anju. It is here that Anju will find out that the reason Shekhar accompanied her was not because he loves her, but for quite some other unknown and devious reason.