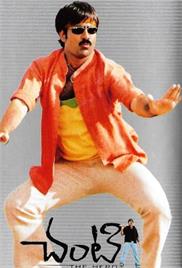 Chanti is a 2004 Indian film. The film stars Ravi Teja and Charmme Kaur in lead roles. The film was directed by Sobhan and produced by Krishna Kishore. The film will be released in Hindi as Main Insaaf Karoonga 2 by Goldmines Telefilms in 2018.