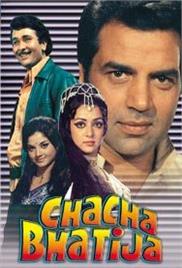 Teja’s family consists of himself, his wife, Sita, his brother, Shanker, and a son, Sunder. They all live happily. Things take a turn for the worse, when Sita passes away. Teja decides to re-marry, and he does so with Sonia, who comes to live with him at his palatial home with her brother, Laxmidas, with a devious agenda of taking over his property. Soon misunderstandings arise, and Shanker is asked to leave the house. Eventually these misunderstanding involve Sunder, who also is asked to leave the house by Teja, who thinks that his brother and son are consipiring against his newly-wedded wife. Years later, Sunder has grown up to be a conman, and Shanker a black-marketeer. Both Sunder and Shankar meet without knowing each other’s identity, and a confrontation takes place. When they realize they are related, they decide to expose Sonia, and open Teja’s eyes, not knowing that Teja is completely blinded by Sonia’s love, and will not let anyone to come between them.