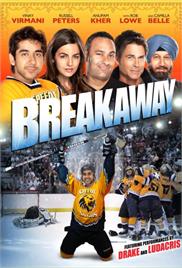 A hockey enthusiast since 12 years of age, Toronto-based Rajvinder Singh, even went to the extent of trimming his hair, discarding his Pagri/turban, did not complete his education, incurred the wrath of his father, Darvesh, who wanted him to be involved in the family business as well as confirm and respect Sikh religion principles and values. Hoping to play professional hockey, Rajvinder, along with other fellow Sikh players, instead finds himself treated as the object of ridicule, referred to as a ‘joker’, by mainstream Caucasian players. Even his friends tease him and ask him to take up ‘Guli Danda’ and Kabaddi’, while his father makes him work for Uncle Sammy as a truck driver. He is attracted to stunning law student Melissa Winters while her brother, Dan, offers to coach Rajvinder and his team. Unable to get themselves included in any team, they form their own, and call it ‘Speedy Singhs’. They then set about to make a name for themselves with a coach who is unable to pronounce their names, and assumes that they belong to the same family as all their last names are ‘Singh’. The team, headed by Rajvinder, has an uphill task, challenging the reigning champions ‘Hammerheads’, while Rajvinder must counsel his school-going brother, Gurveer, who is being harassed for looking ‘different’, deal with family pressures – especially after Darvesh announces that his son has forsaken hockey once and for all.