Beauty and the Beast – The Enchanted Christmas (1997) (In Hindi) 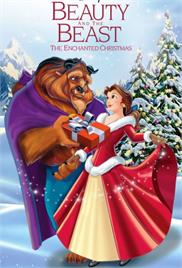 Belle prepares the castle for Christmas against Beast’s wishes, trying to bring him happiness for the season. Forte, a pipe organ, fears that Belle’s plans may eventually bring about an end to the curse… the curse that brought him more importance in the Master’s life. Forte uses Fife, a flute who desperately wants a solo, to destroy Belle’s plans and get rid of her.