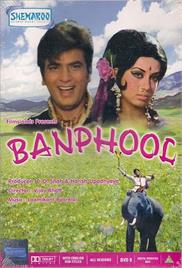 Haria lives with his widowed and elderly grandmother at a tea estate. He has no knowledge of his biological father, as his mother died at the time of his birth. He now works as a Mahout (Elephant driver) at the tea estate, with elephant-friend, Raja. He meets and falls in love with a gypsy girl, Gulabi, and both want to get married. But Gulabi has another suitor, none other than Ajay, the only son of the tea estate owner. When Ajay finds out that Gulabi loves Haria, he plans to get rid of Haria, but fails. He waits for the right moment, and has his men abduct Gulabi. But before he could have his way with her, she is rescued by Raja, but Ajay subsequently shoots Raja to death. An enraged Haria wants to kill Ajay in return, but Ajay’s dad stops him from doing so. Then Ajay’s dad finds out a secret about his past life, and decides to change his last will and testament. Ajay finds out about this and lays in wait with a shotgun to kill his very own father – and anyone else who dares to stand in his way.