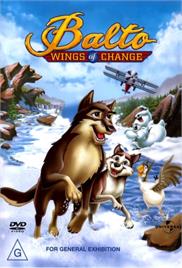 The mail in the north used to be delivered by dogsled, but the success of airplane delivery leaves Balto and the other sled dogs feeling neglected. However, when a delivery plane crashes on a mountain side, the sled dogs get the opportunity to show their worth. This story also prominently features Balto’s son, Kodi, who was among the puppy litter that we met in Balto II: Wolf Quest.