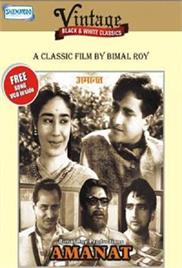 A dying man entrusts his lives earnings to Purshotam, a stranger he just met, and asks him to promise to take this money to his wife, and son, Pradeep, in a remote village in India, to which Purshotam agrees. The man passes away, and Purshotam goes to fulfill his promise, in vain though, as he is unable to trace the woman and her son. After sometime he experiences financial difficluties, and decides to use the money for his personal gain. Years later he comes to know of the rightful heir to these monies, but will he able to assert his honesty, or will he carry on as though nothing has happened?