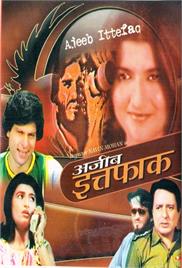 Police Inspector Navin, assigned to Santa Cruz Police Station in Bombay, gets a telephone call from a distraught woman, Aparna, that someone had attempted to kill her, but upon being questioned, admits that she had a nightmare. A few days later a woman named Sandhya is killed, and Navin, along with Sub-Inspector Mohan, summon Aparna, as the homicide was exactly the manner in which she had described. When she claims that she has an extra sensory perception, they ridicule this, and even consider her as a suspect, but when she contacts them again, and describes another violent death, they decide to look into this further. Shortly thereafter another woman, Soni, is found killed, under the circumstance described by her. Before the police could take further action, the press highlights Aparna’s involvement in these investigations, and as a result, she may well become the next victim of a killer, who leaves no clues, has no motive, and only targets attractive young women.