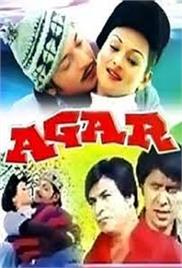 Bombay-based Anil Agarwal lives a very wealthy lifestyle, mostly from wealth, estate, and business inherited from his grandfather, along with his wife, Anju, and a school-going son named Jimmy. One day while at the beach a stranger named Vijay Sohni, rescues Jimmy from drowning, refuses to accept any compensation, but is invited to live in the palatial house of the Agarwals indefinitely, which he accepts. Anil’s garage owner friend, Daver, cautions him against Vijay, as he has been seen making advances to Daver’s wife, Suman. Anil decides to pay close attention to Vijay, and does find him getting closer and closer to Anju. He decides to ask Vijay to leave, and even gives him some money, when Daver bursts in accusing Vijay of having an affair with Suman, an argument ensues, which regresses into fisticuffs, Anil takes out his revolver and shoots Vijay dead. Daver disposes off the body, and both decide not to tell anyone about Vijay’s disappearance. Then a letter is received in Vijay’s name from a man named Ashok Saxena, demanding that he repay his loan of one lakh rupees immediately. Anil travels to Poona, finds out where Ashok lives, and pays him the amount. Thereafter, Anil starts receiving phone calls from a man named Chaman who claims that he knows everything about Vijay’s disappearance. As if things were not complicated enough, another male knocks on the Anil’s door one day, identifies himself as Ashok Saxena. Anil now realizes that he cannot trust anyone, and feels that he has been dragged into a web of deceit, lies and deception, from where there is no way out.